Not everyone in America is fortunate enough to go to a good university. That’s why when Pablo decided to cycle the Silk Road from Portugal to China, it was important for him to start a fundraiser with the hope of raising enough money for his alma mater to create an annual scholarship, designed to help those in need. Pablo was fortunate to graduate university with no debt, thanks to a combination of sports and academic scholarships throughout his time in University. 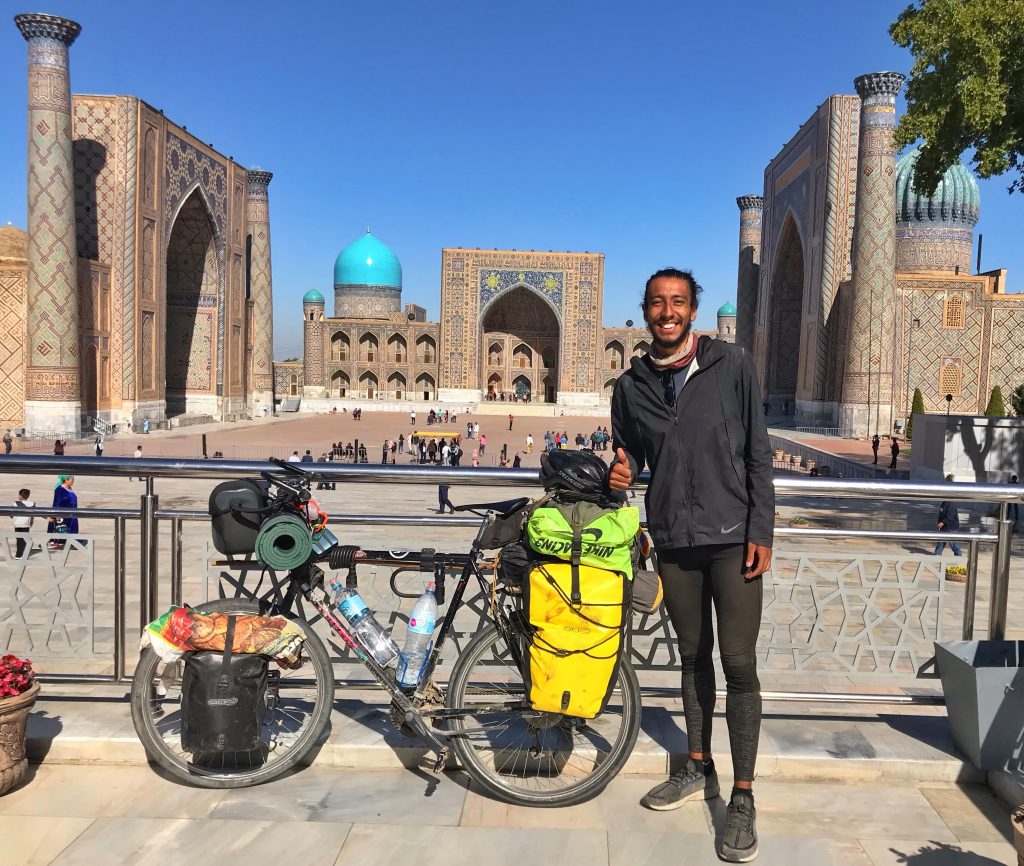 In contrast to many bike tourers, Pablo built his bike for approximately $250, buying a used frame online, and then customizing it as he went. Starting his journey, Pablo had never done much bike touring but figured it would all just work out as he went. Cycling from Portugal to Spain and then up through France to Germany, Pablo had ample opportunity to get to know various cultures he was travelling through. Following the Danube River, Pablo eventually made his way to the Black Sea and then continued onwards into Turkey.

For a long time, Turkey would be Pablo’s favourite country. Pablo speaks highly of the people, the food, culture, and landscape and thoroughly enjoyed riding through this country. With the hope of getting an Iranian visa, Pablo attempted several times to get his visa done online, but was rejected each time. With all this going on, he decided to head up to Georgia, where he would apply one last time, while also getting his Chinese visa sorted out. This proved very challenging and took some time, but ultimately he was successful, and was able to carry on his trip through Azerbaijan to the port in Baku where he would be able to catch the ship to Aktau, Kazakhstan.

Upon arriving in Aktau, it wasn’t long before Pablo would see all the things that you imagine, with camels and donkeys all over the place, and with large swaths of desert and farmland to go through before reaching Dushanbe and the start of the Pamir Highway, he would have many star-filled nights to prepare for the mountainous regions of Central Asia. After a stop-over in Samarkand to take in all the wonders of the old world, it was off to Dushanbe.

Pablo decided to take the roads up into the mountains and the more remote places of the Bartang Valley. After several days of riding he was unfortunate and something in his rear hub snapped and he was no longer able to pedal his bike. Left with the decision to go back and seek repairs or continue along the way, he decided to press forward. This allowed Pablo to slow down and really enjoy one of the most remote parts of the world and to become the uncontested favourite part of his entire trip. 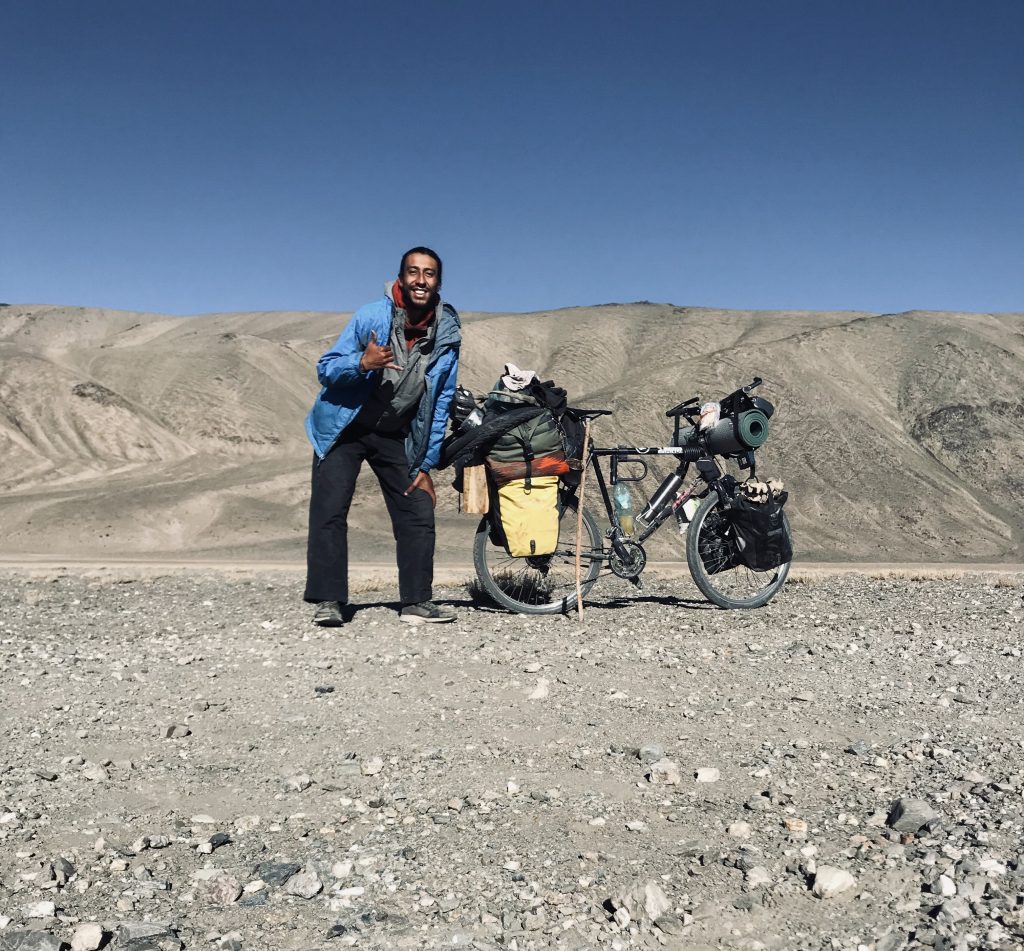 Having now reached China and only with a couple months left before heading home, he is nearing his destination and slowly approaching the reality that most of us are stuck with….work.

To learn more about Pablo or support his scholarship fundraising goals, follow his links below.