Having set three prior Guiness Book World Records as the fastest cyclist to traverse Europe, Eurasia, and the Americas, there only remained one major world crossing to complete: the Cape-to-Cape, cycling from Nordkapp, Norway to Cape Town, S. Africa.

After much consideration, Jonas decided that for this adventure he would ride with a partner. Knowing that having a partner isn’t necessarily faster than riding solo, Jonas decided it would be a good idea for safety reasons, as well as to have someone to interact with during the long remote sections of Africa.

Although Jonas and Philipp were making good time together, Philipp was constantly having various issues which affected his ability to push out big distances and which ultimately led him to calling it quits after getting a bad case of food poisoning in southern Egypt. Up until this time, the two teammates had to overcome many challenges such as dangerous Russian highways, rerouting through Iran after realizing they wouldn’t be able to get through either Syria or Iraq, and dealing with overly careful Egyptian police.

Once Jonas was truly on his own again, he had to push his limits while riding long days across Sudan and the Sahara Desert while also dealing with a case of food poisoning. When speaking of some of the highlights of cycling in Africa, Jonas talks about the kindness of the Sudanese people, the landscapes of Tanzania and the wildlife of Botswana. Even with all the great things to see in Africa is difficult to forget the most difficult aspects, such as the police in Egypt, the heat in Sudan, the terrible roads in Ethiopia, and of course the Ethiopian children that like to throw stones at cyclists, which can be deadly at the worst of times.

No matter how someone views Jonas’ record attempt, what he accomplished after only 72 days of cycling was to cover a distance of 18,000km, going from the northern-most point of Europe to the southern-most point of Africa, beating the previous record by 30 days. Jonas has truly proved himself to be an amazing athlete with a propensity for enduring a massive amount of self-inflicted punishment in order to accomplish amazing feats.

For the upcoming year 2020, Jonas has another epic adventure planned, which he claims will be the most difficult challenge he has ever attempted.

Cheers Jonas and best of luck. 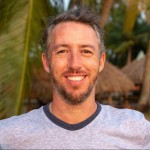